Area code 973 belongs to Newark, New Jersey. It has an estimated population of 282,011 persons. With a total land area of 67.04 kilometers square, it has the third-smallest land area among most populated countries of the United States. It is termed a large basin sloping towards the scenic Passaic river; the residential suburbs surround it on the Watchung mountains’ slope.

From the business point of view, the East and Southwards of Newark is a symbol of commercialism, with North, West, and Central serving as residential spaces.

All You Need to Know About Area Code 973 Location

The mean income in Newark is around 53,587 dollars, while the median income is 37,642 dollars. Studying the racial and ethical composition of the 973 area code reveals that it is the second-most racially diverse city in New Jersey. It is home to the white population, African Americans, Asians, Hispanic or Latino, and some other races. 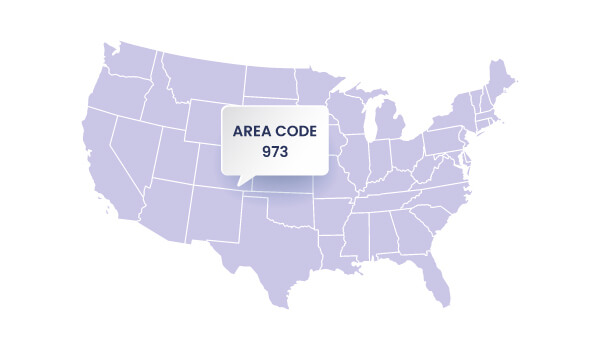 Newark is the largest employment center in New Jersey. It is a hub of finance, healthcare, law firms, and the insurance sector. With ultimate connectivity through airways and shipways, it is an ideal center for import and export companies. Transportation, along with other service industries, is a growing sector in Newark.

State’s Economic Development Authority has credited Newark eligible for the Urban Transit Hub Tax Credits. This means that businesses investing a minimum of 50 million dollars in half a mile of a train station can enjoy prorated tax credit. Therefore, the area code 973 location is highly lucrative for emerging businesses.

Before getting a 973 area code for your business, it is vital to understand its history. Connecticut Puritans established Newark from the New Heaven Colony in 1666. The year 1693 saw its organization as a New Jersey township.

The name Newark is derived from Newark-on-Trent, England. With extreme industrial and population growth in the 19th century and 20th century, the town started its revitalization by 1990. Since then, serving Newark markets is a dream of many businesses.

Area code 973 was first commissioned on June 1st, 1997. It was devised from area code 201 with more focus on Newark. With New York in its new proximity, the entire New Jersey faced a shortage in phone numbers from code 201. Thus, 973 was introduced for enormous business opportunities in the Newark town of New Jersey.

With increasing population and commercialism, the 973 required an overlay that was provided by area code 862. Thus, now Newark has both 973 and 862 area codes.

973 area code has its own set of customers and brand value as it was the first area code of Newark. Thus, many businesses, either big or small, prefer to operate through 973 to establish their authenticity in this New Jersey town.

The companies don’t need to set up in the Newark area to get this code. Thanks to modern technology, the virtual phone system allows many companies to exploit the advantages of 973 while located at any corner of the world.

Why Should I Get a 973 Area Code Phone Number For My Business?

It is located in northern parts of New Jersey and serves Clifton, East Orange, Newark, Paterson, and Passaic. Thus, if you want your business to prevail like a pro in these areas, it is hard to miss getting an area code 973 for your business.

The entire Newark area is densely populated. Thus, the chances are high that your business will earn loads of word of mouth. Hence, all you need is an area code 973 location local number and exact marketing strategies. Targeting the right customers with the right plans can earn you significant profits from the Newark area.

If you have a 973 area code phone number, your local customers don’t have to pay extra for long-distance calls. Hence, you are making yourself eligible for more inquiry calls that can be converted into business easily. Nobody wants to pay additional charges for calling a company just for inquiry. 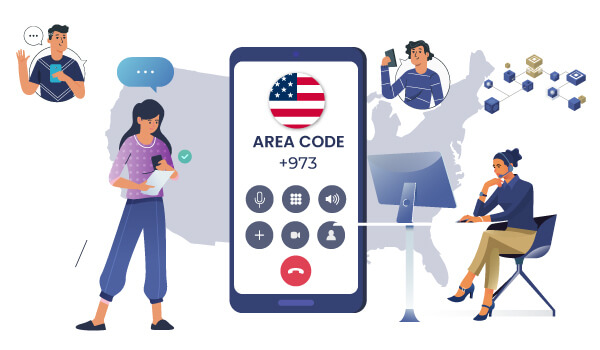 Irrespective of your place of operations and time zone, you can always cater to the area code 973 leads. This gives your business the security that it never loses potential customers from Newark and its surrounding areas.

New York, which is near-by to the Newark area, has a lot to offer. But with the increasing support of the local communities, your business can easily cater to their growing demands. You can easily survive the competition by providing quality services at affordable rates.

What are the Prospects in Area Code 973 Location for Business?

Do you have several employees working for you? Fetching area code 973 location is the best idea for your team, provided they’ve individual phone numbers. Getting the same for the Newark area allows you to provide different numbers to your team in customized plans. Hence, there are great chances for your team to cover a larger audience from Newark.

Newark is further a popular destination for multiple festivals and tourists. If you’re into seasonal business, a local 973 area code can yield a great customer base for you. Newark is a well-known city in New Jersey due to many traditional, cultural, and modern reasons.

How to Call a 973 Area Code Phone Number?

All phone numbers in Newark require ten digits. Thus, you can make a call to area code 973 simply in two steps:

You need to check on the time zones of the Newark area. Area code 973 lies within the Eastern Time zone, i.e., EST. Having a phone with the area code of America/ New York time zone makes you look professional and desirable. The town has different time zones for specific parts of the year. Thus, you need to plan your business strategy following these timelines.

Therefore, making a quick note of these time zones can multiply the lead conversion from area code 973 location. All you need is the right service provider who can help you with the local number.

Many marketing giants have accepted that they can’t sell the brand initially without establishing its authenticity and connection with the customers. Thus, availing the services of CallHippo in getting an area code 973 doesn’t only connect you to Newark customers but has a bundle of other benefits too.

Apart from these benefits, you are always connected with our highly reliable customer support team. We serve our customers in the best possible manner so that you can concentrate on actual business. Get connected for a free demo today!

Out of all companies offering virtual telephony, CallHippo should be your first choice as:

Get Consulted for the Best Business Number Solutions with CallHippo

Not sure that where is area code 973? Don’t worry, and reach CallHippo today to understand the best benefits of local area codes.

If you’re a service-based company, having a virtual phone system can be highly profitable for you. So what are you waiting for? Send us your inquiry on our online support, or you can write to us at support@callhippo.com .