What If The Professor From Money Heist Answered The Phone On Your Next Call To A Contact Center?

If Money Heist was a roller coaster, then Professor would be the rails that enabled the show to run smoothly through all its turns and steep curves!

El Professor, from La Casa De Papel, is a name that has become a brand over the years. Synonymous with the most wonderful and admired traits including, but in no way limited to, intelligence, leadership, caring, and chivalry, the Professor exudes panache in his own way.

Being an ardent fan of Money Heist, I am sure that we all have laughed and cried with him through the various phases that the show took us through. But one thing that always continued to amuse me was the Professor’s ability to think sensibly and act vigilantly even when the world was going berserk around him.

With the recently launched season of Money Heist, there are a lot of conspiracy theories doing rounds. Amidst all this, even my imagination went running wild, and a thought struck like lightning.

The Professor possesses the superpower to think straight, turn foes into friends, and find solutions to the most toiling issues. I know these skills could be greatly utilized across avenues, but revisiting a scene where he was on the phone (especially when I’d recently got off an annoying conversation with a call center agent, ugh!), made me wonder how it would be like if he, El Professor, answered the phone next time I contacted a call center.

Now, as the Professor has officially entered this blog and my head, I’ve been thinking about it a lot. And since the time this thought entered my head, I couldn’t stop joining the dots. If we closely observe the personality of Professor and remember the challenges that we all have faced during one or the other conversation with a call center agent, we’ll relate to the stream of thought here.

So, I thought hard, and here are my two cents on how it would be like if the Professor himself answered the phone the next time I connected to a call center?

1 ) The unusual way of answering the phone:

After the small virtual welcome from the man himself, let’s get into the details.
Without a doubt, the most amazing attribute of the Professor is to create memorable first impressions by deploying the full power of the spoken word. I am pretty sure that this would come out really handy once he answers the phone in the capacity of a call center agent.

This attribute of his will be the defining point of the entire conversation. His uniqueness in establishing authority while conversing is a trait that’s highly appreciated. When the greatest minds in Spain couldn’t help but be charmed with it, what scope does a mere mortal like me have!

2 ) Probably, the most engaging conversation of my life:

We’ve all been a part of those lengthy, put on hold, unsatisfactory conversations with call center agents. The calls to & from call centers of such nature are non-engaging, but with a call center agent such as el Professor himself, I cannot help but wonder how great the conversation would be. To begin with, we all remember the unforgettable way in which he introduced himself. Here’s an image to refresh your memory. 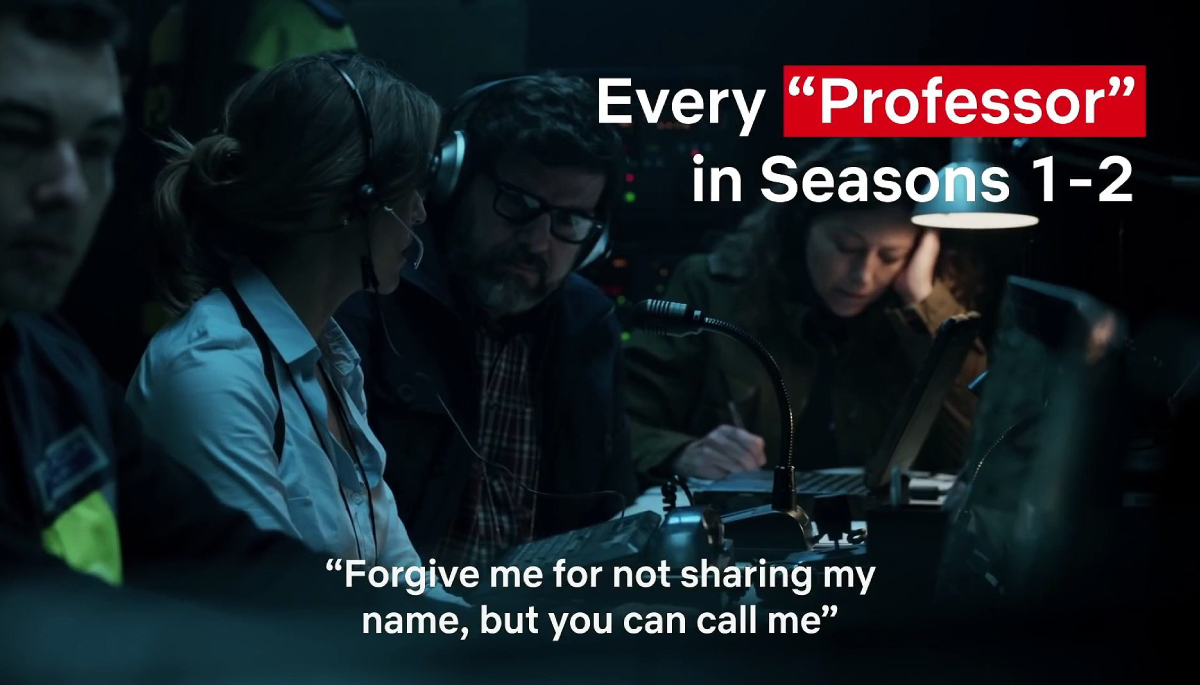 We all know what follows after that statement!

After calling him, Professor, the conversation will move ahead in a seamless manner because he is a master conversationalist. And this is precisely the reason why I feel that the exchange between us will be the most engaging conversation of my life.

One of the most bothersome things is when we are trying to convey our point and seeking a solution to our issue, but the call center agent on the other end doesn’t seem to understand it. Even if they do, it takes more time than needed to resolve it. When we contact any call center, the main aim is to get the concern at hand dealt with and Professor has mastered the art of doing just that! 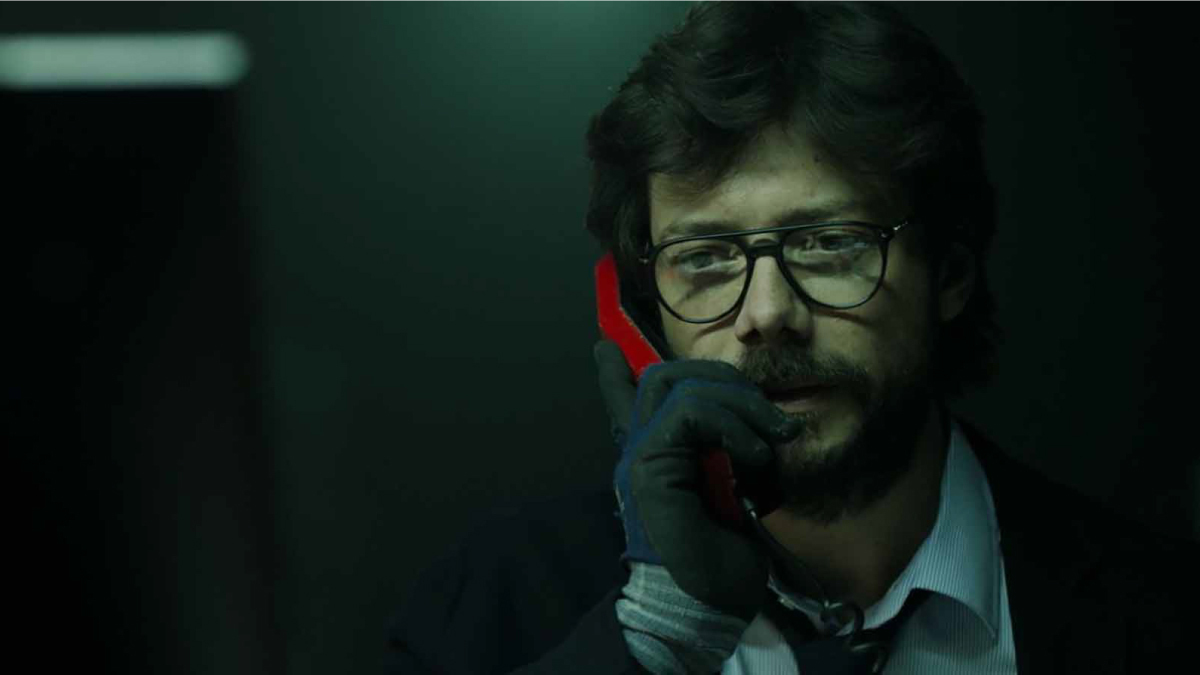 The way we know our Professor, he isn’t someone who beats around the bush. If there is an issue, our man Sergio makes sure that it’s resolved immediately. With the Professor’s might, wit, and abilities, getting any issue resolved will be a cakewalk.
And with the Professor himself sitting on the other side of the phone, even airlifting a wanted criminal in a defense aircraft (that too in the middle of the city) is possible!

The list encompassing the details of how the Professor from Money Heist will be one of the finest call center agents is endless. Nonetheless, the aforementioned reasons are the ones that top that list. 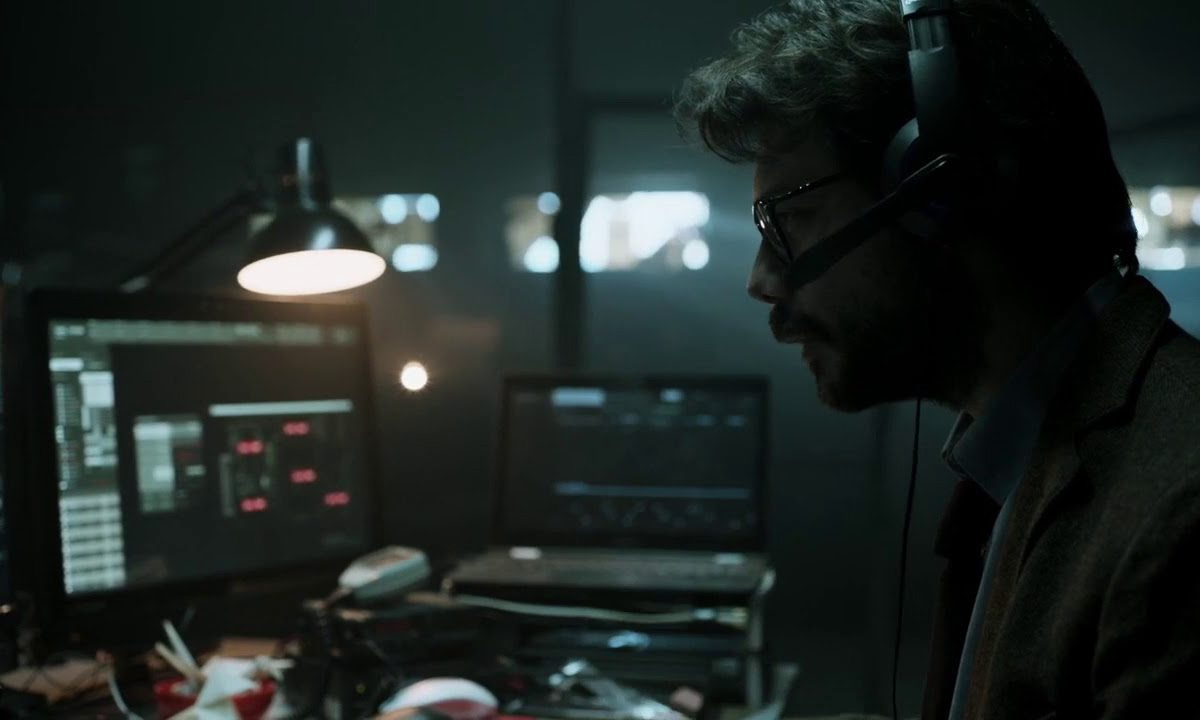 Seeing the Professor talk over the phone was such a delight. He was both smooth and firm in his conversations and oh boy! even the police admired him for this as well. (secretly, of course!)

We all have had our own versions of things in mind as to in which situations we could come across the character of Professor, at least I have, and this blog was my small take on one of the many ways I’d like to speak with El Professor.

And so, taking lead from that thought, I decided to create this list for all the thrill-seekers who adore El Professor as much as I do.

I hope you enjoyed reading this as much as I enjoyed writing it.

What is a Business Phone System: Why Your Small Business Needs It In 2021?

How Does Call Center Software Work?