Help Your Call Center Save Time On Outbound Calls Without Interruption

What Is Auto Dialer?

Simply put, a auto dialer is an outbound telephone tool that automatically dials a phone number and initiates a call as soon as the current phone call is over. In other words, when the customer support agent or operator concludes the ongoing call, this telephone technology will dial the next phone numbers on the contact list or in the queue.

The ultimate goal of the auto dialer is to reduce idle time and boost productivity. The technology allows your team to be more efficient as they no longer have to waste time picking which number to call next after each call. Moreover, the contact center agents will no longer be required to dial numbers manually.

Let’s now look at the different types of dialers.

What Are The Different Types Of Dialers?

Power dialers and predictive dialers are the two most common types of dialers used by most call centers or inside sales businesses. Let’s take a quick look at both of them.

Power dialers stick to the ‘one call at a time’ principle. It will only dial the next number after the previous call has been completed. Overall, it emphasizes personal interactions as much as efficiency. This strategy is appropriate for firms with a low call volume as well as for businesses that prioritize customer experience and quality over productivity.

However, one significant disadvantage of power dialer software is that sales agents will have to wait between calls or when customers do not pick up the phone, resulting in increased idle time.

On the other hand, predictive dialer phones multiple numbers at once and utilize machine learning to maximize efficiency. These outbound dialers employ algorithms to forecast how long it will take for a call to be answered.

Unlike auto dialers, this outbound calling approach ensures that your representatives or agents only spend time on calls that are answered by customers and not on calls that go unanswered, resulting in far less idle time or time waste. However, although it increases productivity, it also increases the risk of losing leads that pick up the call when there is no agent available to attend them.

So these are the fundamentals of the two most sought-after call center dialers. However, in addition to these two primary dialers, there are several other types of dialers, including progressive dialers, smart dialers, auto dialers, preview dialers, and so on.

Let’s take a quick look at how auto dialers and predictive dialers differ in terms of productivity, compliance, working, and other criteria.

The first significant difference between the two dialers is how they work. On the one hand, whereas auto dialers make calls only after the ongoing call is completed, a predictive dialer calls multiple numbers from the database even when the contact center agents are occupied on calls by determining various parameters such as possible agent availability and average call duration.

In the case of the predictive dialer, the agent is connected to prospects only after they answer the calls, which means that customers are sometimes placed on hold and served with Music On Hold until the agent answers the call. In the case of auto dialers, an agent is available on calls prior to making the call to the user, ensuring that customers do not have to wait or listen to Music On Hold commercials, resulting in higher call quality and customer satisfaction.

When it comes to productivity, the predictive dialer clearly outperforms auto dialers since this technique prioritizes agents’ time over call quality. As a result, a predictive dialer reduces idle time and increases agent efficiency. On the other hand, auto dialers, which prioritize call quality, are slightly less efficient than the predictive technique because this approach dials another number only after the current call concludes.

According to a survey, more than 60% of outbound sales calls are routed to voicemail! This means that you must employ outbound technology or a call center software that allows you to leave a voicemail message. Fortunately, auto dialers have the option of dropping a voicemail message which a predictive dialer does not have. In the case of the predictive dialer approach, all calls that go unanswered or are routed to the answering machine are disconnected.

The 5th major distinction between the auto dialer and the predictive dialer is compliance. Customer support is governed by stringent rules and regulations in many nations.

So those are the 5 principal distinctions between the auto dialer and the predictive dialer. Except for agents’ productivity, auto dialer has outperformed predictive dialer in all three factors–call quality, voicemail support, and compliance making it the best outbound dialer for businesses that emphasizes quality.

Let’s now take a look at behind the scenes (BTS) of a auto dialer to see how the software works.

How Does The Auto Dialer Work?

The functioning of the auto dialer is quite simple and does not necessitate the use of any algorithm or machine language. As soon as the current conversation concludes, the system immediately dials the next contact in the contact database’s queue. If the phoned number is busy, unreachable, or disconnected, it dials the next available phone numbers in the queue.

When a recipient answers the phone, the auto dialer connects them to one of your sales agents right away.

So by now, we’ve studied auto dialers, how they function, the distinction between auto dialer and predictive dialer, and other related topics. It is now time to look at some of the major benefits of auto dialers, which are the reasons for their widespread acceptance and growing popularity in the customer support industry.

Following are the 5 major benefits of auto dialer that explain their popularity. Let’s take a quick look at each one.

The first significant advantage of using auto dialing is that it saves time and is a quick approach. Contact center agents and members of sales teams will no longer have to wait or dial numbers manually, which will speed up the process and increase efficiency. Moreover, since the numbers are dialed automatically from the database, agents will not have to spend time on picking which number to dial next.

Since the numbers are dialed automatically by machine, sales agents can focus on more productive tasks such as taking notes between calls so that the future agent can quickly and easily understand the issue or scheduling callbacks in case the prospect does not answer the call or is busy at the time. In a nutshell, a best auto dialer software empowers call center agents to focus on more critical tasks and thereby boosts performance. 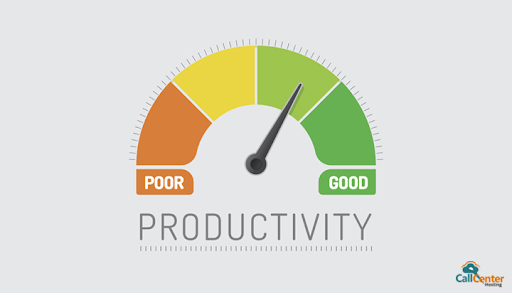 Auto dialer software can play a major role in increasing sales. Businesses can integrate auto dialers with third-party technologies like salesforce or CRM software to streamline and automate various operations, save time, and improve performance. For example, in addition to giving context for every call to sales representatives, the auto dialer will automatically detect numbers from prospects’ websites and add them to the calling queue.

Voicemail assistance is a critical feature that auto dialers provide but other dialers, such as predictive dialer or smart dialer, do not. The voicemail feature will allow agents of sales teams to leave voicemail messages if they cannot reach prospects, preventing calls from turning into unsuccessful calls and wasting businesses’ time and resources. Customers can play that voicemail call recording later to get information. 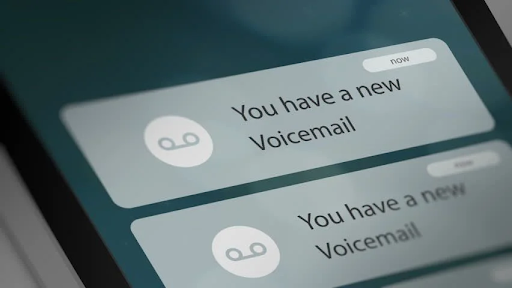 When you use a auto dialer, you drastically lower your chances of missing out on leads. For example, contact center agents will always be on the other end of the line when prospects pick up the call, reducing the chances of a call drop. In addition, if the agent is unable to contact the potential customers, he/she may leave a voicemail message and schedule a callback, ensuring that they do not lose the leads.

So those are the 5 major benefits of using auto dialers. As you can see, it clearly outperforms its peer technology– predictive dialer, in several ways. Let’s now look at how to set up the auto dialer.

Call monitoring refers to the process of listening to a representative’s calls with the objective of improving the quality of communication and customer service.

What Are The Requirements To Use The Auto Dialer?

The majority of auto dialers for call centers, including CallHippo, run in a web browser and do not require any additional infrastructure to operate. Moreover, it can be accessed from both the office and the home. To use a auto dialer, you will need three things:

A. Computer with a web browser

These are the 3 fundamental requirements for using the auto dialer. However, if necessary, you can link additional third-party apps such as CRM and others to maximize the outcomes.

So we now know almost everything about auto dialers, including their types, functioning, benefits, and the distinction between the auto and predictive dialer, among other things. The only important thing that remains to be learned is how to set up a auto dialer. Let’s learn this process step-by-step in the following section.

A auto dialer is one of the must-have features or an outbound technology that every VoIP should have and every contact center requires. This automated telephone technology will dial the number for you, save your agents time, improve efficiency, and decrease idle time. Moreover, it will also allow you to leave a voicemail and schedule a call back if you cannot contact the prospect on the first attempt.

How does a power dialer work?

How many calls can a power dialer make in an hour?

Power dialers can make up to a hundred calls within an hour depending upon the call flow. Once the number of calls to be made are uploaded to the power dialer it uses the shortest possible time to get all the numbers dialed.

Why use a power dialer?

Power dialers are a great help to call centers as they allow calls to be dialed automatically from a given list and require no external hardware. They help save time, and significantly reduce manual dialing errors for outbound call centers.