Reach maximum prospects at the click of a button – for optimized sales, support or quality assurance.

Be it outbound promotions, product / feature updates, scheduled reminders, payment follow-ups – all you need to do is configure a voice message and integrate it as per your business needs.

What Is Voice Broadcasting ?

Voice broadcasting is a mass communication / broadcasting technique which enables you to send automated voice messages via call to a large number of people at once. Voice broadcast service can be used to receive instant notifications and alerts. Users can easily record the customer responses by installing IVR in the call blast.

Use voice broadcasting to amplify business results. Upload a list of contacts and call them with a voice broadcast message aimed at getting simple user inputs, that let you assess a prospect’s intent level. Schedule campaigns at times that are best suited for your contacts. Customize settings to check the number of calls per minute and other metrics.

Our text-to-speech engine can read out the text messages you write, over a call, just like a human would. Alternatively, you can also upload your own audio file. With CallHippo you can easily import your contacts by uploading a CSV file. You can add fields like name, company, phone & email.

Note : $0.04 will be charged per call on calling charges for call broadcasting 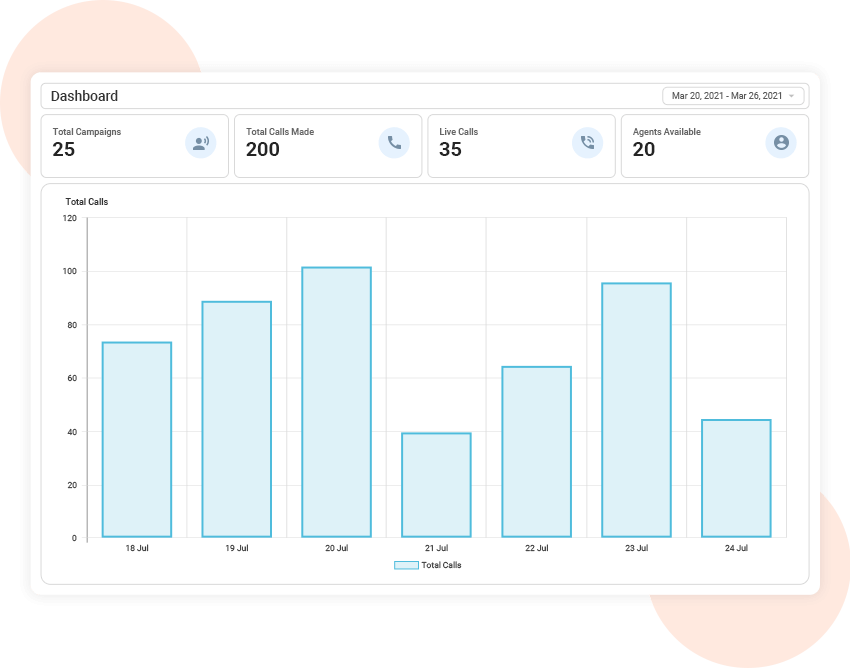 Besides the apparent benefits of voice broadcasting, it also has other services associated with it. Some of the biggest reasons why customer-facing companies should adopt it are:

The best voice broadcasting service can help you communicate and spread your message to several people at once without any major hassle or investment. You can schedule different voice messages to send to different user groups inexpensively with CallHippo and save big on advertising.

Besides the person-hours and complicated process of the cold call, the setup in itself is a considerable cost. The people, the machinery, and the scripts for responses. All of it needs time, money, and resources. With call broadcasting, you can remove all of this. Simply log into the platform, upload the recorded message, and send it to your target audience. As simple as 1-2-3.

Voice broadcasting software helps you create, schedule, and broadcast voice messages to your chosen list of people from anywhere. In just a few simple steps, you can reach out to your audience yourself. Uploading files only takes a few seconds, and once done, you are ready to receive insights about how your broadcast was received. Uploading of scripts and voice recordings can easily be done using your phone or computer, which then can be forwarded to the right channels. You can also schedule voice broadcasts to reach out to the right audiences at the right hour.

The conventional cold call steps involve the mundane, time-consuming steps of making a call, talking to the customer, and then building the lead. However, with voice broadcasting, you can cut down on time being spent. Instead of trying to generate a lead by hook or by crook, it automatically sets you at the middle ground- between Yes or No.

While it is impossible to reach everyone in your target audience physically, the next best way is email. However, even today, most people do not have access to the internet when it comes to a demographic. Or they are visually impaired or simply not read literately. So that is another wasted effort.

Using voice broadcasting is a more preferred way of reaching your target audience. In the present scenario, everyone has a mobile. By leveraging that and using the local language, you can easily widen your reach without the fuss of expansion.

After the survey has been conducted, the most crucial part is analyzing the results. This will give a real-time figure of how successful you were in your campaign. While it is easy to look at pie charts of things, looking at 10,000 pie charts is not helpful.

Instead, with a centralized voice broadcast system, you can look at all the metrics in one single place for a particular message. This will include details like the time of the call, the duration of the call, the responses, and finally, the success rate.

6. Automation and Reduction of Human Error

One of the biggest booms of the digital era is automation. That happened because the factor of fatigue, inaccuracy, and loss of precision sets in when the human being is exhausted. On the other hand, machines and systems don’t suffer from this problem as fast as humans do.

Automated voice broadcasting service caters to the same strength. It is a computerized process of cold calling. Hence, the margin of human error is eliminated seamlessly. Using an adequately modulated speech pattern or even employing a professional voice actor, you can very well build the broadcasting system without any errors.

Every customer is unique, and every target group caters to a different emotion. However, using one call rep to act out all special characters can get tedious both for the employee and you. So, you might think about adding more people for different campaigns, i.e., more costs.

When you remove the mundane tasks from the hands of your employees, like making thousands of calls and chasing down every lead, the morale will boost. This will clear up their schedule to do more productive and impactful work that will, in turn, drive them towards success.

By utilizing and understanding the voice broadcasting system and software correctly, your employees can quickly narrow down, leading to an approach that leads to a drop. This will increase their productivity, reduce overhead costs, and prioritize their activities.

9. Added Convenience for the customers

There is no denying that cold calling is an intrusive process for the customer. And because of that, more times than not, their tone and demeanour changed for the worse. And that has to be faced by an employee who is helpless in that circumstance.

The upside with voice broadcasting is that it gives the customer a choice- whether they want to listen to the call and respond or disconnect it. Though the process is still intrusive, they don’t have to deal with a person because of that. All they have to do is press a button on their device whether they are interested or not. Or simply, they can even just disconnect the call.

It is often said that the written word can sometimes overlook emotion. And when it comes to customer surveys, even the most meticulously and emotionally driven emails can end up in the trash folder. Despite the pen being mightier than the sword, the words fail in front of the voice.

Voice broadcasting can transfer that emotion into the message that you want your customer to understand. Furthermore, it can connect with them and maybe even reinforce an idea that you want to communicate through your campaign. It can even build a stronger bond between the company and the customer. 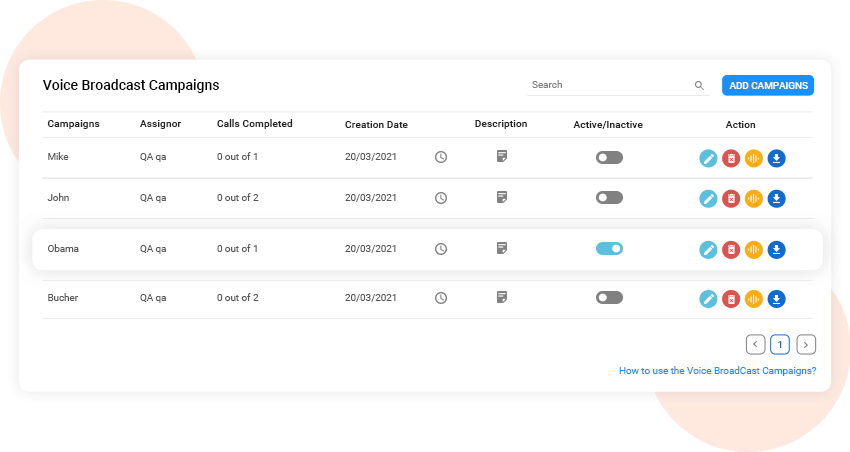 How Does Voice Broadcasting Function?

Voice Broadcasting allows you to send recorded voice notes/text/emails to multiple phone numbers at the same time. You can either pre-record a message or instantly create a voice message to be sent from the interface instantly or as per your schedule.

Voice broadcasting can be set up using the following steps:

What are the uses of voice broadcasting?

Voice broadcasting is a mass communication technique that enables users to send automated voice message broadcasting via a call to many people at once. It can be used for various purposes such as conducting surveys, sending event invitations, providing reminders or notifications, and important corporate announcements.

Voice broadcasting is a powerful marketing tool that is absolutely legal in India. Most countries have laws that legally allow voice broadcasting; however, it is better to confirm with your service provider for complete clarity on the subject.

How much does voice broadcasting cost?