Home » business » What is the difference between VoIP and PSTN?

What is the difference between VoIP and PSTN? 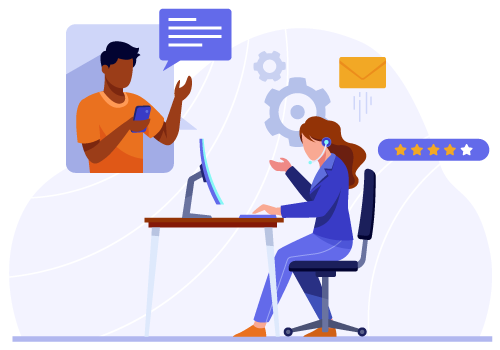 Internet telephony isn’t something new or alien. The technology has been around in the market for quite some years in a form or the other. Why it gathered attention recently is because it has proven to be reliable through constant improvements nowadays. They’ve managed to make themselves a serious consideration for business applications.

Talking about phone services, PSTN or Public Switched Telephone Network is the oldest. It has been around since the 1800s. However, there has been a steady decline in the usage of PSTN phones. Only 972 million fixed-line telephone subscriptions are being used all around the world. The reason behind this is many, the chief one being the emergence of VoIP.

VoIP or Voice over Internet Protocol is the trend of the 21st century. What came into being in 1995 is now dominating the phone service market. If you have a good internet connection, this is the phone service for you. But what was the need for VoIP? There’s an even more important question – what is the difference between them both?

Differences between PSTN and VoIP

Let us analyze the differences by studying how both vary from each other in different departments and key areas :

Public Switched Telephone Network (PSTN) makes use of circuit-switched telephony between two points during a call. It is the age-old traditional telephone system. Copper wires are responsible for carrying analog voice data, thus facilitating communication. Presently, this voice data is no longer analog but digital. It is carried over the phone network itself and is different from internet traffic. PSTN is like putting together telephone networks spread worldwide into one system. It includes everything from telephone lines, cellular networks, switching centers, and cable systems to fiber optic cables. These lines facilitate communication between telephones.

On the other hand, VoIP or Voice over Internet Protocol is not quite the same. Contrary to PSTN, VoIP is basically packet-switched telephony. Real-time voice signals get transmitted from one IP address to another. The voice signals perceived are transmitted digitally over a Wi-Fi or Ethernet connection via a softphone or commonly an analog telephone adapter. It facilitates communication through VoIP calls from one phone to another or from a computer to a phone.

They are both on opposite poles when it comes to connectivity. While VoIP provides a connection via the internet, PSTN makes use of a landline. Both flaunt their own connectivity perks and shortcomings. VoIP lets you make a call anytime and anywhere as long as you have an internet connection. On the other hand, PSTN only lets you connect when you possess a landline.

With VoIP, there comes a whole bunch of different features. You can enjoy features like holding calls, forwarding calls, voicemail, additional features like Do Not Disturb (DND), follow me, etc. Not only that, but you also get features of mobility, better and efficient call management, collaboration, and others with a VoIP phone system. You can even enjoy the benefits of features like auto-attendant. It basically lets you route calls to the desired department based on the information that the caller feeds in. These features are desired by and are extremely helpful for a business to grow and improve its customer service. On the other hand, a PSTN service (given how old it is) is only capable of making and receiving calls. It has no additional features.

The VoIP phone system is known for its customizability. It is a very customizable phone system. VoIP converts your voice into tiny data packets and then transmits them through the internet. With VoIP, you can add different phone numbers, usable extensions, and multiple devices on one service. It happens to be extremely scalable. It grows as your business expands. PSTN, on the other hand, is pretty rigid. It is basically a complex structure of copper wires. These copper wires transmit your voice from one end to the other in order to make the call. Thus, there is a lack of flexibility with PSTN.

The security of your VoIP system is solely dependent on your internet connection. It is riskier. Since PSTN makes use of dedicated lines, they’re very safe and secure.

VoIP happens to be extremely cost-effective for businesses. No matter the size of the business, VoIP is the solution to all telecommunication needs. Setup costs, maintenance costs, monthly costs, upgrade costs – name anything. VoIP ensures affordability. On the other hand, the biggest perk of a PSTN service is call stability. It is one of the best features of PSTN. One rarely observes any call drop or voice distortion.

Power outages are irritating. Your VoIP phone system simply won’t work if there’s a power outage or the internet connection is disturbed. While that’s the biggest drawback of VoIP, PSTN services are very expensive for businesses. A lot of expenditure is incurred on maintenance, upgrades, and hardware switching as the business grows.

In a nutshell, VoIP is much better in terms of affordability as compared to a PSTN phone service. The type of calling plan you choose is the determining factor of your VoIP phone bill. Often, VoIP service providers offer different residential, business, and international calling plans. Choose according to your needs and financial standing, and you can successfully save hundreds of dollars on a monthly basis. The features enjoyed are just heavenly, considering the prices. Even though bundled with different features, VoIP phone service is much cheaper as compared to the traditional PSTN. This is because it makes use of your existing internet connection for making calls. Moreover, if there is someone else using the VoIP phone system that is the same as yours, the calls will be free no matter the location in the world. Location is irrelevant in such cases. That’s why even small businesses resort to making telecommunication cheap and effective by choosing VoIP phone services for themselves.

There are various underlying differences. They are as follows:

Thus, PSTN and VoIP are like opposite ends of a line. One may see the latter as an upgrade to the former. PSTN technology brings about nostalgia, but the truth is that it is indeed dated and has lost user count through the years. They’ll probably vanish away in the distant future. Yet, one can’t neglect their contribution to the development of the communication area. It won’t be wrong to say that PSTN initiated a revolution, while VoIP strives to carry it on in the 21st century and further on.