Will we see the end of PSTN and desktop phones in 2022? 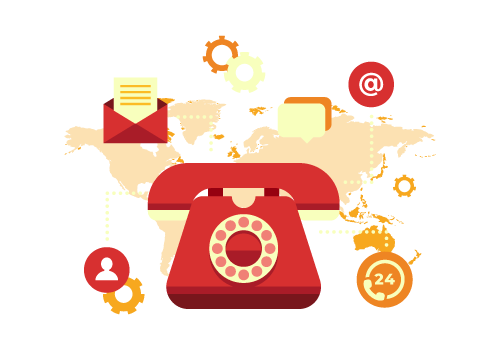 American author and advertising executive Bruce Barton once said “Talkers have always ruled. They will continue to rule. The smart thing is to join them.”

His saying still holds true and will continue to do so. There is no doubt that communication is one of the most crucial facets of the success of any organization. But the way people communicate has changed constantly, especially if you consider the last few decades. Moving into the 2020s, the burning question would certainly be ‘will video calling become the prominent mode of communication?’

With camera-centric smartphones and other gadgets, and access to high-speed internet we can put that question to bed. But does that mean the traditional telephony will become completely obsolete? Before thinking and arriving at a conclusion, hold on for a bit.

In a general sense, PSTN is no longer a significant mode of communication as it used to be. But still, it’s not completely out of fashion. In fact, according to a research report by Nemertes, about 17% of organizations are still installing desktop phone systems. However, on the flip side, about 19% of institutions are limiting their desktop phone deployment.

Another worldwide survey by Forrester reveals that 7/10 workers are still assigned to their jobs from a desk. Approximately 88% of phone calls are made from a landline phone and more than 50% of work or business-related calls are made through desk phones.

A little bit of ground digging and the picture becomes clearer. And of course, the aforementioned numbers may have reduced further, but certainly, they cannot come down to zero.

Despite the exaggeration ‘desktop phone is dead’, many organizations still rely on it. Not all have shifted to new cloud phone systems. And the reason for sticking with the traditional phones could be because of its cost, ease of use, familiarity and willingness to not give up on what has been operational satisfactorily.

However, despite all this, it is clear that landline phones no longer hold a prominent place when it comes to communication. The evolution of the internet has allowed an increase in the use of Voice over Internet Protocol (VoIP) systems. Nemertes’ data reveals that 35% of companies account for building up cloud phone systems against only 3% of them dropping it.

This software offers all the features of a traditional phone system on a computer or a mobile device. Soft clients establish a virtual platform where teams can collaborate. Most cloud phone software developers have prioritized team collaboration and they offer many advanced features than just calling.

Anyone with access to a reliable internet connection will always say that virtual phones are superior to desk phones. Most of them support video calling and conferencing that provides real conversation feel.

So what does the future hold for both of these phone systems?

As far as PSTN systems are concerned, as stated earlier, it is not completely out-of-date. actually, there are still some advantages of using landline phones –

Meanwhile, softphones are on an upward trajectory and will continue to be so. More and more businesses are opting for a cloud phone system. It is estimated that by the end of the current year, the typical IT department will have more than half of its platforms residing on the cloud. And it’s easy to see why. Business leaders are embracing the latest technology for effective communication to increase productivity in their organization.

Some vendors have developed their applications keeping in mind the needs of business communication. The conventional telephone system has certainly undergone various changes over time, but their primary function has remained the same – transferring information among two or more endpoints through a medium. It’s the medium that keeps on changing. Just like so many other stuff going digital from analog, the business phone system is also following the suit. Cloud systems are overcoming cables.

Many organizations and business owners are yet to arrive at a decision whether to continue with the traditional telephones or go for cloud phone systems. Actually, this can differ from company to company and could also alter according to the choice of employees based on their particular needs, work habits and type of work.

The future might be completely wireless, mobile and flexible. But we are still a long way from it. Technological transformations take time and they may never account for 100% of utilization scenarios. Often times, it seems that technology is dying but rather it’s just evolving, and that’s the case with desktop phones.

The dynamic landscape of business communication demands a smarter, quicker and more collaborative desk phone. And technology has enabled them to work seamlessly with other devices. Its collaborative capabilities allow users to use features like messaging, exchanging emails, voice calls, etc. on a single device.

We’re in the middle ground where modern and traditional phone systems are complementing each other and have found a way to co-exist.